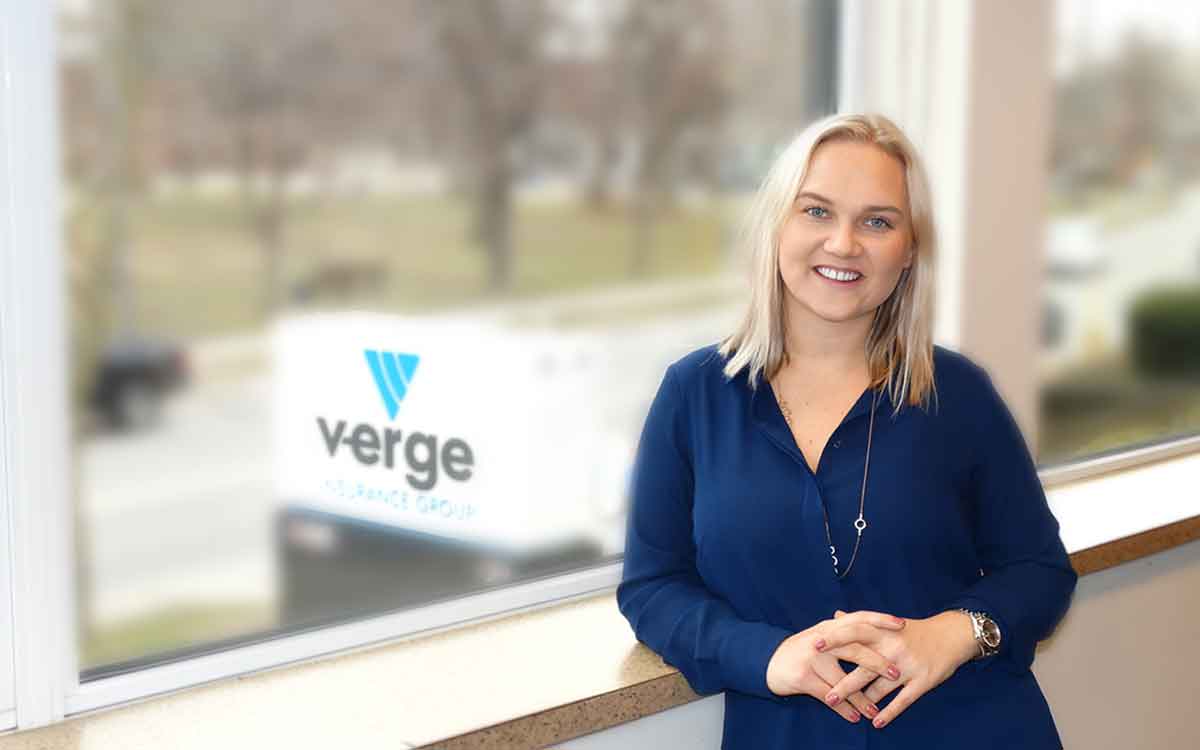 Some people are just born leaders. They don’t want anything handed to them and they earn every opportunity they get. Then, once they achieve some well earned early success, their first thought is, “how can I give back?” That’s Caroline Sherk and at age 24 she’s the youngest person ever to Chair a United Way campaign in Niagara. Add to that, the St. Catharines native and Brock graduate is the first to chair a campaign under the newly amalgamated United Way Niagara model that in 2018 saw St. Catharines, Fort Erie and Niagara Falls United Ways come together to operate as one organization under the leadership of Executive Director Frances Hallworth.

Sherk is the Director of Marketing and Business Development Manager for Verge Insurance, a company that has a long history of giving back to its community. “My parents have always instilled in me to give back if you have the means,” she said. It’s a culture created and sustained by Caroline’s father Mark Sherk. Verge Insurance has lead or been very involved with programs like backpacks for kids, after school programs, fundraising barbeques and employee payroll deduction.

Although this is her first time holding the chair’s position for the United Way’s annual campaign, it’s not her first time helping the organization. She first got involved in 2013 when her father was campaign chair. “That’s when I got to see the impact the United Way has on our communities,” explained Sherk. “I heard the stories, how the organization helps so many people and does so much for Niagara.” Two stats have stuck in Sherk’s head during her time with United Way. One is that 5,400 children in Niagara live in poverty and the second is that 90 per cent of human trafficking goes through Niagara.

For the past two years Sherk has sat on the community investment panel and review charities’ cases for why they should receive funding. In Sherk’s opinion it’s easier to raise money than to give it out. “They are all so worthy of support. How do you decide?”

Hallworth first approached Sherk back in January. “We went for a coffee and Frances asked if I would consider the role,” said Sherk. “At first I thought she was asking me if I would ask someone else,” she said with a laugh. “I listened for a while, then spoke with my family, work colleagues and also reached out to past chairs Peter Partridge Jr. and Sean Simpson because I wanted their support. Everyone has been great and I’m very excited to take on this challenge.”

It was Sherk that Hallworth had targeted all along. It’s a strategic decision. Not only does Sherk have the work ethic, smarts and determination to lead a successful campaign but she is also able to attract new donors of a younger generation. “Caroline brings incredible energy, enthusiasm and knowledge of our community. She has been involved as a volunteer for a number of years with United Way and we have been looking to engage the next generation of supporters,” said Hallworth. “We think she will be a great advocate for United Way.”

Someone who knows Sherk well is Jessica Friesen, CEO of Gales Fuels and a community leader in her own right. “Caroline has proved that she is immensely capable of tackling any task she undertakes. I am confident that this year’s United Way campaign will be a great success with Caroline at the helm,” said Friesen.

Like Verge Insurance, Gales has been a long time supporter of the United Way. “As a regional company we strongly believe in supporting charitable organizations throughout Niagara. We are excited to partner with the new United Way Niagara, representing all municipalities, and leading the campaign again as we did in 2008.”

One item at the top of Sherk’s to-do list, in addition to tapping into younger donors, is to reach out to areas like west Niagara where traditionally the United Way has not had a strong presence. “It’s important to continue to bring on new dollars,” said Sherk.

The campaign will wrap up in March of 2020. To learn more visit unitedwayniagara.org.

GET A FREE QUOTE